Solar panels usually appear on roofs, but homeowners may also benefit from using a ground array instead. This type of array has panels on stands, and the panels usually rotate to follow the sun during the day. Homeowners and businesses with roofs that are unsuitable for solar panels and whose landscaping prevents a lot of sunlight from reaching the roof may find ground arrays to be more effective. 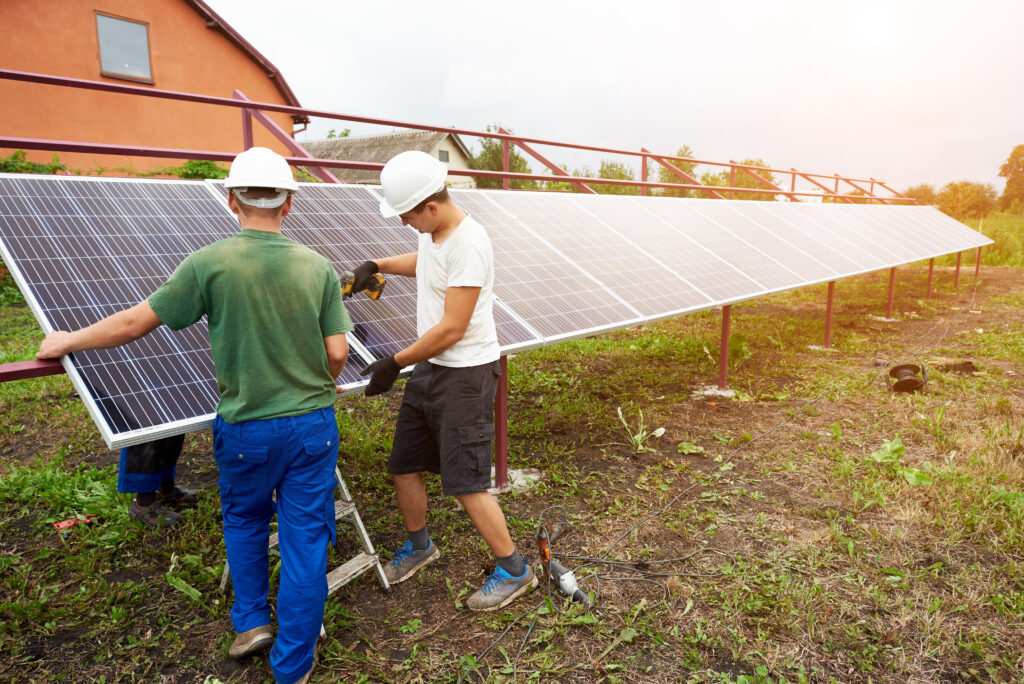 Two of the main reasons why homeowners might not be able to install rooftop solar panels are the slope of the roof and the amount of shade it gets. If the slope is too steep and angled so that the panels would be exposed to light for only a short time, for example, the amount of light might not be enough to collect a sizeable amount of energy. Even if the roof slope were fine, the amount of shade hitting the roof from trees could make the panels less effective. Solar panels will still pick up solar energy on cloudy days and, to some extent, in lightly shady areas. But the process won’t be as effective in reducing your dependence on city electrical power.

In contrast, ground arrays just need a clear patch of land that isn’t shaded. If you get an array where the panels rotate to follow the light (known as a solar tracker), you’ll get good exposure for most of the day.

A factor that many homeowners don’t think about is structural integrity, both of the roof and the house itself. When houses and roofs are built, they’re meant to hold up to a certain amount of weight. While modern solar panels don’t add a tremendous amount of weight, it could be enough to create problems if the house or roof simply can’t hold that much.

In this case, especially, a ground array would be perfect. You would still need to ensure the soil was stable, and you or the installation contractor would have to call 811 to double-check utility line locations. And of course, HOA regulations may have their own requirements. But structural integrity of your house wouldn’t be an issue.

Illinois homeowners who want to have a solar panel array installed but who aren’t sure if their homes would be good candidates are encouraged to call Kapital Electric for an evaluation. A ground array may be exactly what your those homes need.

When considering the current status of energy production in the United States, it is clear that the country still receives a majority of its energy…

Read More
Archives
Back to the top